Welcome Nico. You’re a DJ and producer from Germany. Tell us something who you are , where you’re coming from and why you wanted to start a career in the music business.

Hello Carl, like you said my name is Nico and my DJ- and producername is „Nick Hommer“, I am from Koblenz, Germany but now I live in Bochum. I am DJing since 6 years and produce since 2 years. I like the near to people and I love to see how they react differently to some songs.

When did you start with DJing and where have you learned all the skills? Have you visited a DJ-course or an education for this?

I started DJing when I was 16 years old. It all begun with simple thoughts how it would be to mix two songs in one another. So first I tried to learn something with Virtual DJ, after I have understood the basics I bought myself a Vestax VCI 100 Controller to get a little bit more feeling and of course some Hardware to experiment. Two years later I have read something about Vibra DJ School in Cologne City and I decided to visit the DJ Course for 1 year to improve my DJ skills.

What can you say about your DJ-equipment? Do you play with Vinyl, CDs or USB-sticks?

I play with DTS (Digital Time Signal) Vinyl and also with USB-Sticks. There are 2 Technics 1210 MK II at my home office and 2 XDJ 1000 at my residence club.

You’ve released your first single now „Gonna make you sweat“ and produced it together with Steve Cypress. How did this cooperation come about? 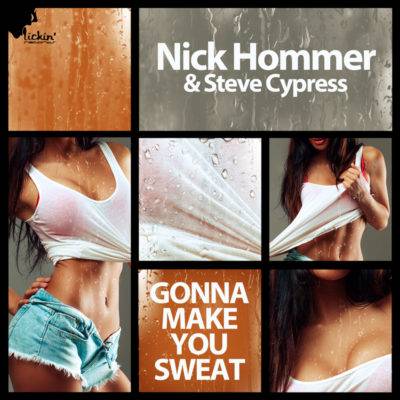 Steve Cypress and me have visit together when I was 18 years young. He is my mentor at everything what belongs to the house area. I would maintain, that the most of my knowledge is due to him. After a long time we lose contact we met again at Discocontact in Essen, Germany. We talked about some productions and get the great idea to produce „Gonna make you sweat“ together. Nick Hommer & Steve Cypress – Gonna Make You Sweat was born.

„Gonna make you sweat“ has got also very phatt remixes. What can you say about the remixers and which kind of music genre does they reflect?

The Original Mix represents my style of music, Bigroom. But I also wanted to hear the sound from Steve Cypress, so we decided that he will do a remix in his style, which is representing Future House.
The second Remix from Jane Vogue represents pumping’ Electro House. Which sounds really cool!

Tell us something about the production-process. Do you use hardware or software-equipment or a combination of both?

We use both, hardware and software. “Gonna Make You Sweat” is produced on Logic with a couple of synth plugins and effect plugins as hardware we use a MIDI-keyboard.

Is there a plan for a follow-up single, new mashups or even remixes in the near future or what could your fans expect next?

There are some plans for the next time, but this will be a surprise. For sure I can say, that I will release some mashups or bootlegs in the next few weeks, you can find them on Demodrop: Nick Hommer – Demodrop

You’ve already played on festivals like Nature One but you’re also playing in clubs periodically. Which kind of gigs do you prefer, festivals or clubs?

I like both of them. Festivals have their own energy, when you stay in front of thousands of people and everyone loves your music you are playing, this is a feeling I cannot describe.
But there are also club gigs which are so powerful and I really love the close to the crowd. It is like you can read them, which track they really like and what they want to hear at this time. So I am always open for some new adventure.

Do you have got a idol, which you’re always dreaming to produce a track together?

I am open for new things, but I would love to produce a track with Dimitri Vegas & Like Mike.

Now let’s tell our readers something that you always wanted to say.

There is a funny thing I have heard many times when I was DJing. Some people come to me and really asked me, if i know „Barney Stinson“ and I would look like him.
Until now, I don’t know if it was all caused of alcohol.. Or maybe I am really Barney Stinson.
Last but not least I want to say thank you to everyone who supports me.
Greetings go out to my business partner „Sillie“, my best friend „Alex“ and my producing colleague „Steve Cypress“.

I have to thank you. I was really nice to talk with you and I would be glad to talk to you again for upcoming projects.