Welcome Mathias, your the man behind Slippy Beats. Congratulation for being the winner of the ChrisVe – I got it remix contest. Did you expect that you would win this contest?

ChrisVe: I got it (Slippy Beats Remix)

I love this groovy Housestyle of your remix. Is House your favourite music genre generally or do you listen also o other kind of genres?

I actually listen to all kinds of music. However, House Music in all its “shapes and forms” certainly is my favorite musical genre, which is reflected throughout my own productions. That being said, I am no stranger to pop music either and there are a few pop tracks in my repertoire. I am pretty open-minded like that.

You’ve recently released your own single „Head up high“ with Terri B. How did you get the idea to this record? 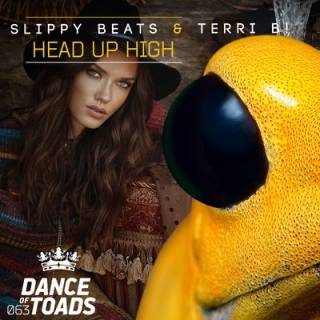 Well, back in 2001 Chris, my partner in crime and myself ;-) produced this song. It was supposed to be the follow up single to Avantgarde’s Get Down. Terri B was once again the lead vocalist. Yet, the whole thing fell apart due to legal issues. I don`t remember exactly what it was. I think Terri was signed to another production company… something along those lines. So we decided to postpone the release for 16 years…HA!

Is Slippy Beats your first music project or have you been produced other projects in the past?


Slippy Beats is far from being my first production. I’ve been doing this for quite some time now. My first release was back in 1994, Jil Bee “Magic”. My goodness, I just realized I’m old as fuck! I put out a number of tracks as DJ Maui. My studio partner and I wrote and produced for other artists (Fun Factory, etc.) as well. We also worked on the Remix of the Modern Talking Song “You’re My Heart, You’re My Soul” which sold well over 800.000 units. Not that I made any money from it. In 1998 I met Spanish DJ and producer Jerry Ropero. We found we had a lot in common musically and became fast friends. Together with vocalist and songwriter Terri B. we “secretly” started the project Avantgarde and produced the single Get Down the same year. Secretly, because at the time, as above mentioned, Terri was under contract to a different production company and not allowed to work with us. However, often times necessity is the mother of invention so, we did the following: we pitch shifted her vocals to a lower key, making her sound almost like a male singer, which ironi- cally then became the signature sound of Avantgarde and certainly contributed to the single’s suc- cess. Well, those were the days. In recent years I have produced and recorded songs solely for the fun of doing it and I like to keep it that way. Big business is not the prime objective anymore. I re- leased tracks as a solo artist and did collaborations as well. I worked with Jay Frog, Francesco Diaz, Roger Horton, Hoxtone and Jolie Lassen, among others.

Tell us something about your studio equipment. Are you working mostly with hard- or software or do you combine both of them?

Nowadays you don’t need to spend a 100.000 Euros on studio equipment. I am working with an iMacI7 with an additional 27 monitor/screen connected via thunderbolt cable. Additionally, I use 2 12.9 iPad Pros as controllers for mixing and displaying a sound analyzer. The keyboards I use are NI Complete Control 25 and Oxygen’s 49. After winning the Remixing Contest, the prize money paid for an Akai MPC Touch. It makes a fine addition to my collection. I use the KRK 4 studio speakers – I absolutely love them!
I mostly work with software synths and FX. Depending on the kind of track/song I produce, I use LogicProX and Ableton Live as sequencing software. I have been a “Logic-person” for decades now and it’s in my view the best sequencing software for “vocal-heavy” tracks whereas, Ableton is perfect for EDM!
I have worked in very big and very small studios over the years. When it comes down to it, size doesn’t always matter but rather experience. Let’s say, if I bought a Ferrari tomorrow I still wouldn’t be a professional race-car driver. However, if, for example, Sebastian Vettel drove my SEAT he would be faster and better than I ever could be, you know?

When you start with a new production, with which elements do you start first? (.e.g. programming the drums, writing lyrics, composing the melodies etc..)

Well, that depends on the musical genre. If it is pop music, for example, Chris and I mostly write them on the guitar or the piano. If it is house music, I usually start off with a basic drum and bass groove.

Which releases of Slippy Beats could we expect next? (singles, remixes, EPs or maybe an album)

There will be a new Jay Frog single as well as more poppy track called, “Daydream” by Slippy Beats. However, the other songs on the Slippy Beats EP I am currently working on will be Club Mixes. There a few more Remixes in the pipe at the moment, but I am not at liberty to say more about just yet. ;-)
Apart from that, I really hope Jerry Ropero and I will soon find the time to work on another project together.

You‘re not only a producer, you‘re also Djing, right? Which kind of DJ equipment do you use in your live sets? Are you one of those modern USB-Stick and Laptop Djs oder do you play with CDs or maybe even with vinyls? 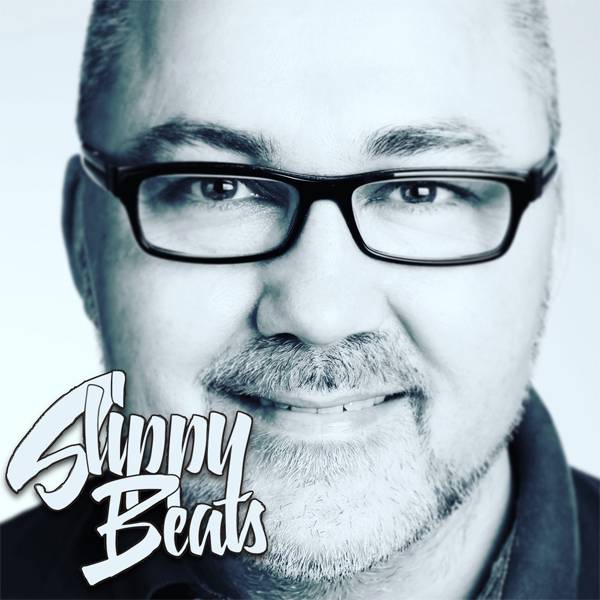 Yes, however, these days I only do gigs for special events. I have been working as a DJ for the Pioneer Company since 2001 and had exposure to the latest DJ-ing technology for many years. This helped me keep track of the latest developments. I mostly use a recordbox and a flash drive. I re- member the not so good old “vinyl days”, when I had to carry hundreds of records to my gigs!
My equipment of choice is a Pioneer CDJ 900nx2 and a 4x CDJ2000nx2, combined with a RMX 1000.

My five favourite alltime classics are:

Now you‘ve got the chance to tell our readers something that you always want to say.

After 25 years of DJ-ing and producing I could write a book about my experiences in this business, but I don’t want to ;-)
Well, there are a couple of things would like to say to the readers, though. Those of you, who want to make music, don’t do it for the money! Write, produce and play music for the sake of making music! Do not compromise your artistic integrity for money or fame. In this day and age we are in- undated with cheap music and success, when it happens at all, is often times very short-lived. So, it has to be “Music First!” In the end good, high quality music will find a way!
Cheers! Slippy Beats