Welcome Pierre, you‘re the mastermind behind SampleScience. Let‘s introduce yourself and your company for our readers, how you did get started etc.

SampleScience started as a KVR forum nickname in 2004 and over time it became my music production and eventually my plugin company’s name. Around 2008, I released a free sample pack called Original Breakbeat Pack Vol.1. The pack got downloaded more than 12k times. I was happy because I saw it had some kind of success. In 2012, I released my first commercial sample pack called Dusty Eclectic Goldmine Vol.1, in homage to late 90s e-lab’s X-Static Goldmine sample packs series. It sold very well and it lead me to build my first plugin in 2015 which was Thales Model I, a rompler of early 60s computer sounds. People loved the concept and it encouraged me to create more plugins with a retro theme, among them Vintage Drum Elements and Pastoral Tones.

You‘re also releasing different free soundpackages like the TR-626 HD or the TR-505 Drum Loops. How do you create those samples? Do you own the legendary hardware-drummachines or video game consoles and will each sample be post-processed with mastering-equipment before a release?

Yes, I actually buy on eBay the hardware I want to sample and record them in FL Studio directly into my Focusrite soundcard. You can check my Instagram account for pictures of some of the gear I own: https://www.instagram.com/samplescience/ . I’m a drum machine collector addict! For some reason, I want to own them all. Haha! Same thing with vintage game consoles, I used to collect them in the early 2000s, at a time when they were cheap. In my collection and among other models, I have two japanese Famicom (the japanese version of the NES) and a Sega Master System. I recently bought two Commodore 64 computers and fell in love with them. There’s something special about these old 8-bit computers.

For post-processing, I usually use VST plugins, small tube amps and effect pedals. I love the hands on experience of working with physical gear, but the really good mastering racks I want are still out of my price range for the moment, so I stick with plugins.

Tell us something about your studio-setup. (which DAW and studio monitors do you use)

I mainly use FL Studio and Mixcraft, but I’m a DAW collector, I have numerous computers with all the major DAWs on them plus some obscure ones on my Linux laptops. The software I use are too many to list but I’m a big fan of Wavosaur for audio editing and Reaper for batch processing. Reaper is the swiss army knife of music producers. There’s so many things you can do with it! I also dig Akai’s analog line a lot, their Timbre Wolf synthesizer, Rhythm Wolf and Tom Cat drum machines are great. They have a really raw 70s synth sound that I like a lot. They are also very easy to use, what you is what you get (there’s no menu/sub-menu to browse).

The plugins that you release are available for Mac OS X and Windows. Which environment and programming language do you use to develope your tools and who‘s gonna do the GUI and graphics?

I mainly use Maize Sampler even though some people try to hide it, I don’t. It’s really good to create sample based plugins in an efficient, stream line way. I also dabble a bit in Flowstone and Synth Edit but I’m waiting for a stable version with a solid and reliable 64 bit export capabilities before releasing anything with them. I do all the graphics myself because I love it. It’s probably my favourite part of the process. 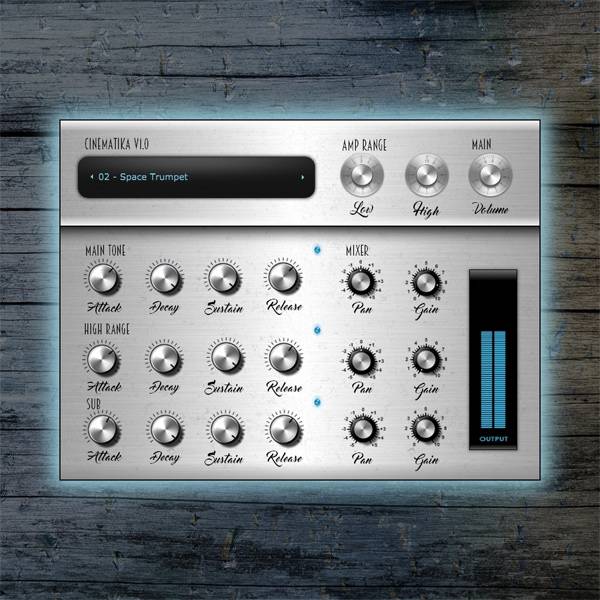 What‘s the most difficult part in the developing process and how much time do you need to invest until it’s completely finished and how many people are working on it?

Since my plugins are sample based, the audio editing part is the hardest. Batch conversion tools don’t work 100% properly so I have to manually check, edit and correct the hundreds of samples my plugin use. The process is tedious and mistakes are easy to make. Most of the time I’ll be the only one working on the plugins, however I’ve hired some people in the past for Kontakt scripting work.

Are you an active musicians too in a band or as an single artist?

Yes, in the past I’ve released several albums under the SampleScience name which can be found here: https://samplescience.bandcamp.com/ . Some of them were distributed in Canada record shops around 2010. Currently, I have a vaporwave music project called Midnight Shopping, you can hear it here: https://midnightshopping.bandcamp.com/ .

I’ve been thinking about it, but I have to find my own twist on this kind of sounds to make it worthwhile to the music producer community. I have this idea of creating a found sounds drum machine with percussive samples in it. That would be very cool!

Which artists inspire you? Do you have some musical heroes?

I admire Steve Moore because his music can be found on both successful records and films. He creates beautiful synthesizer music for b-movies and he’s also an established artist with his Zombi music project. His solo output as Steve Moore is really good too, it’s reminiscent of Jean-Michel Jarre and Tangerine Dream.

The SampleScience plugins are just instruments/sampler with sounds? Will there be effect plugins like a channel strip, pitch-Shifter, reverb etc. one day too?

Yes, I’m learning to code but it’s a long process that will take me years because I’m busy with other creative projects (video games, music production, sample libraries, books and more). I tend to be all over the place, which is good and bad. It’s good because I can get ideas from one field and apply it to another field. It’s bad because it slows down the development process of my plugins.

Which kind of products (plugins and sample collections) can we expect next from you?

I’m currently working really hard on the finishing touches of the SampleScience Player, which is going to be a free rompler with a wide variety of “bread and butter” sounds in it (pianos, brass, bass, percussion, synth, etc). After that the goal is to create expansion packs for it, the first few ones will probably be some obscure drum machines and old computers sounds (Commodore 64).

I‘ve heard you’re doing a special give-away for the Noizefield-readers. Which product could the people win and what do they need to do? 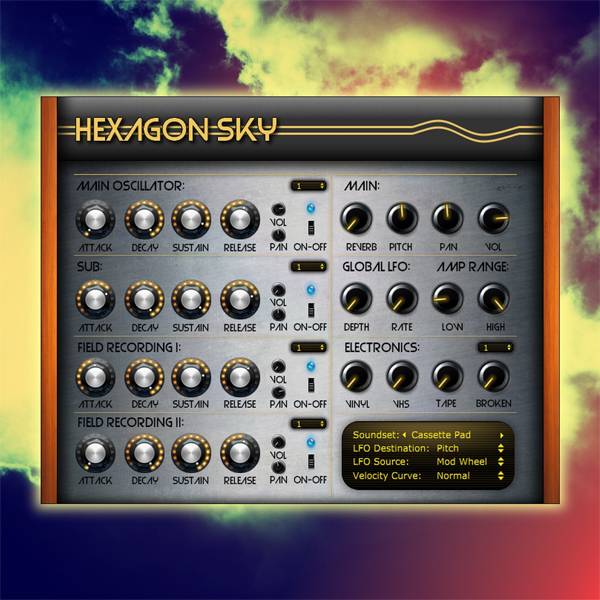 Now you‘ve got the chance to tell us something that you always wanted to say.

During the last 15 years , the music industry transformed itself dramatically. We’re now in the music industry of the internet age and what worked in the past doesn’t work anymore. Be open minded to the new possibilities and you’ll get a career in it.