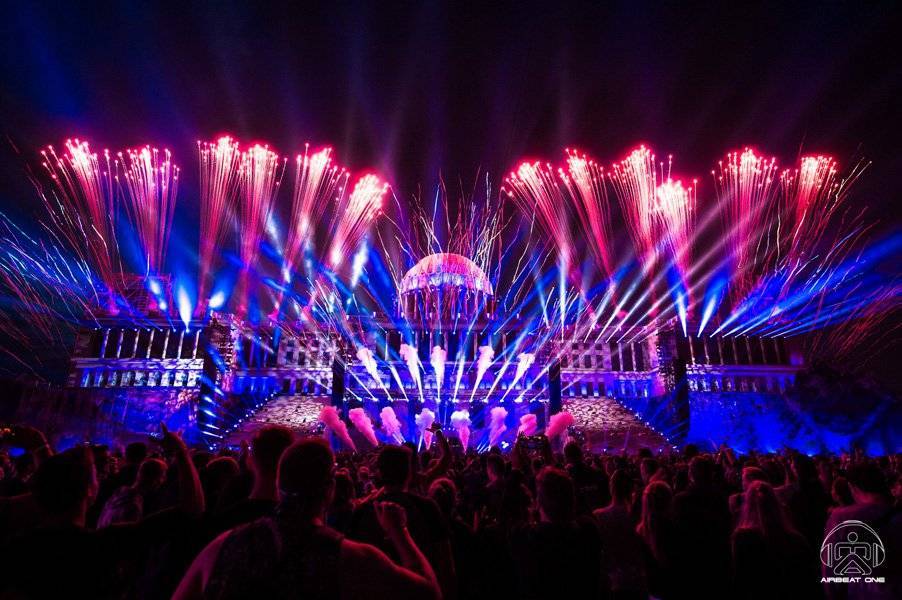 What an amazing festival! Airbeat One has been closed some days ago but we’re still flashed of the gigantic impressions of the biggest EDM-festival in North-Germany. Round about 175.000 people (ca. 50.000 each day) have been celebrated “Great Briatin” together with 170 DJs at five floors. Nearly every genre of electronic music has been covered – Trance, EDM, House, Minimal and techno, even Hardstyle, Gabber and Hardcore haven’t been missed out.

The stage with a width of 130 meter and a height of 40 meter made us speechless. The opening has been done with Nicky Romero on wednesday. Also Bassjackers and Kaskade have been at Airbeat – even for the first time. The official festival kick off has been on thursday with topacts like Don Diablo, Tujamo and Zedd. Nearly everyone has been waited for the topact – Marshmellow. He played an amazing Trapset inclusively with his hits like “Wolves” and “Friends”. If you searched for the whole maxximum of dance power, then you needed to visit the Q-Dance stage with Zatox this evening.

Friday has been also great with acts like Alan Walker, Alle Farben and Moguai W&W have been played a very energetic set, with some bootlegs and their brand new track”Komodo”, originally by Mauro Picotto. The master himself, Armin van Buuren, has been also at the decks at midnight, unfortunately interrupted by some power failures. But his actual smashhit “Blah Blah Blah” has been a musthave and made the crowd going wild. Dimitri Vegas & Like Mike have been the next ones, also with a fabulous DJ-Set. Brennan Heart has been played a very powerful set at Q-Dance stage. The saturday has been the absolute highlight at Airbeat One with a breathtaking firework at “Big Ben”. Top acts like KSHMR and Steve Angello and Hardwell (“Big Room Never Dies”) knew how to get the crowd pushing into a total ecstasy.

Thanks Airbeat One. We hope to see you again next year.