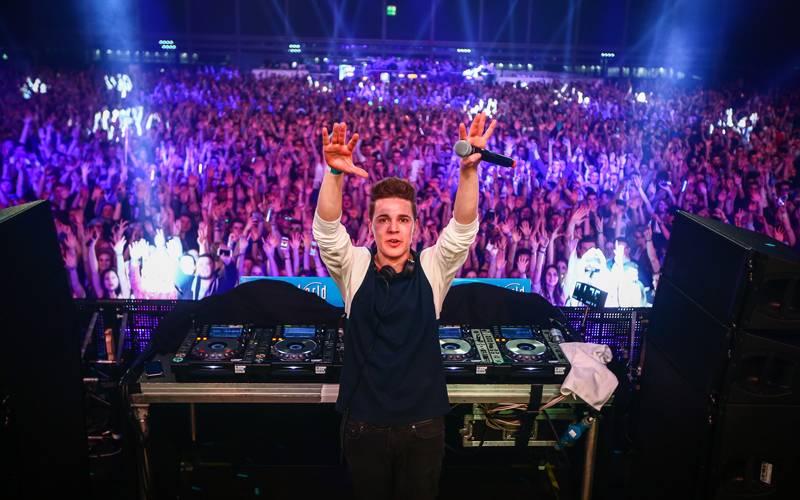 For the 15th time, WinterWorld has been the exploding kick-off for the big festivals this year. Within eleven hours, round about 11.000 party people celebrated an outstunning WinterWorld at Festhalle/Messe Frankfurt with more than 20 DJs on three different floors (Nordpol, Mixery House and Blue Box).

At the mainstage Nordpol, Cuebrick started with an pumpin EDM set and filled the floor very fast, before he made way for the progressive set by Stefan Dabruck. After that Sam Feldt from Amsterdam played an amazing set, by starting with his smash-hit “Show me love”. Superstar Felix Jeahn was the next one who entered the stage and got the crowd going wild with his hits like “Book of love”, “Ain’t nobody” and also with his remixes like “Photograph” (by Ed Sheeran) or “Stimme” (by Eff). The next headliner has been Gestört aber GeiL, which have been started with their smash hit “Unter meiner Haut” and a lot of other popular EDM and Future House tracks. After that Moguai pushed the crowd to the max – and yes “Mammoth” have never been missed out. Tom Swoon made a great finish.

At Mixery House, top acts like AKA AkA feat. Thalstroem and Butch blew the audience away, also Klaudia Gawlas at the Blue Box-stage.

All in all a very nice indoor-festival and good organisation by i-Motion. We can’t wait for WinterWorld next year again. See ya 2017!