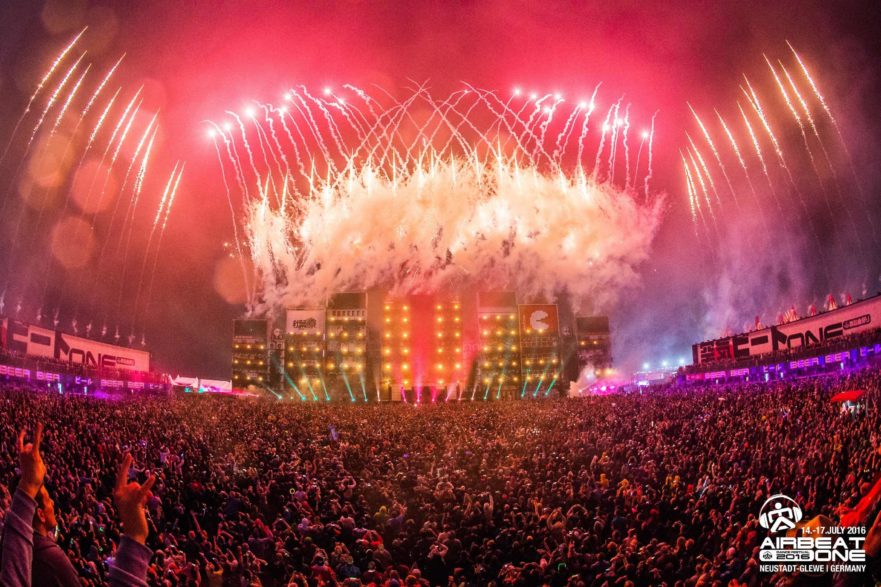 Incredible! The anniversary of the 15th Airbeat-One has been a great success. Neustadt Glewe (Germany) was the place to be for all electronic music fans again. 40.000 people needed to fasten their seatbells for a trip to „Asia“ and have been celebrated the Airbeat One festival this year, which implies a 30% increase over the last year.

There have been a lot of moments full of ecstasy, especially when Dimitri Vegas & Like Mike have played their hits like „The Hum“ (our favourites of this festival) and the countless delightful fireworks. Armin van Buuren has been played an amazing set as well, a part of the new episonde of „A state of Trance“
Acts like Gestört aber GeiL, Stereoact and Lost Frequencies know how to rock he crowd at the Terminal-Stage, which needed to close for a while due to overcrowding.
The Q-Dance stage has been a real treat for all hardstyle lovers, with acts like the DJ-legend DJ Isaac or Brennan Heart, Noisecontrollers and much more. A nice area for goa-fans has been there too.

Apart from a few short rain shower, the crowd had luck with the weather and had much fun with attin ractions like bungee jumping, a giant wheel, the biggest mobile swimmingpool imuch n Europe and much more beside the stages. We enjoyed it, so take off to America – The Airbeat One 2017. See you next year.